'Delusions' is about a policeman who succeeded in saving someone from jumping off his apartment. Or did he? What actually happened to Policeman?
The story will leave the audience enthralled in mystery all the way with some comedy.

The idea of Delusions didn't come to me all at once. There are many changes in the script even during the shooting process.

Edited using Premiere Pro CC 2017 and After Effects CC 2017. Titles & credits created with PowerPoint 2013 and Paint. In arranging the timeline there are parts where I actually mix different video clips with different audio of other takes, just to erase unwanted noises or for better actor's voices. I learnt a lot in the editing process that I had to undergo more than 45 hours of editing.

The song sang by the two main characters in the short film is 'Eternal Flame' by the Bangles. I played the cover of the song with my guitar.

A scene was shot in Hospital Wanita & Kanak-kanak Naluri for free, thanks to Dr. Shaheeran Abdul Hayi and her workers. Another location was the generosity of CP Wan for letting her use her apartment. 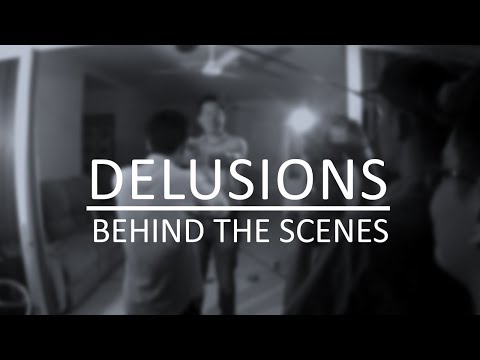