Shy Late Love is the story of a boy with cancer, with about a week left to live. He lived as he was under the care of his mother. He decided to go out and explore for once. He met a beautiful young woman at the CD store. He visits her everyday, until he passes away.

I’ve chosen the Rode Videomic for this project because it’s the best option for a shotgun mic with great audio quality and affordable price.

Our budget was tight and our expenses were not cheap. So, we had to allocate all the resources to get the best quality in audio and video within our budget.

Every Fx sound was crafted during post-production using the Rode Videomic and a bit of creativity. Ambience, birds, hits, beats, tears, bells, everything. Dialogues were captured on set, also using the same microphone.

I had my friend Randy Dandy capturing sound with the “fake”, homemade boom pole and the authentic Videomic on top.

Everyone who helped "Shy Late Love" to become real will never be forgotten, specially my grandpa, who passed away the same day we finished the post-production.

But still, the final results were more than I expected. That’s why I’m proud to be part of this.

Shout out to Filmmatt Cinéma Crew! 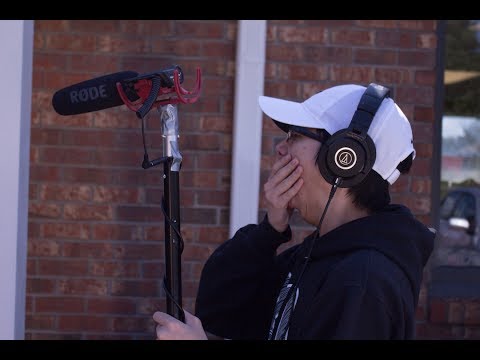