The Last Inning is a story about a young boy who one day decides to head to a local sandlot and listen to a game played on a cassette tape.

We shot the short film on the RED Scarlet M-X. We wanted to go for a very cinematic feel and look. Our inspiration for the film comes from all of the classic baseball films. Our goal was to make a connection with the audience through our visual story telling and sound. The sound design played a key role in the film using our Rode VideoMic Pro. Its goal was to capture each sound that the actor played out as well as the radio VO. 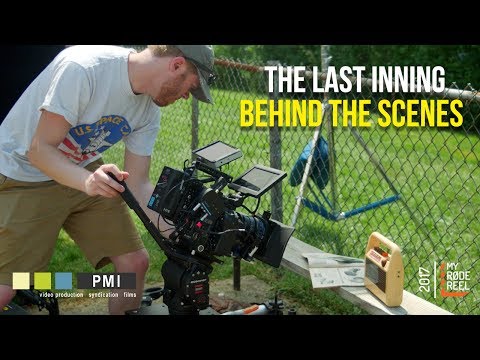