Don´t Quit is a short film about the way of an injured athlete from the accident back on the track.

We want to say with this movie that when you have a dream or a goal in your life you want to archieve, don´t ever give up until you are there, no matter what comes in between!

I have to add that we were only three people, so we weren´t able to film that much bts material because most of the time we all three were needed at the set.

We hope you enjoyed our entry :) 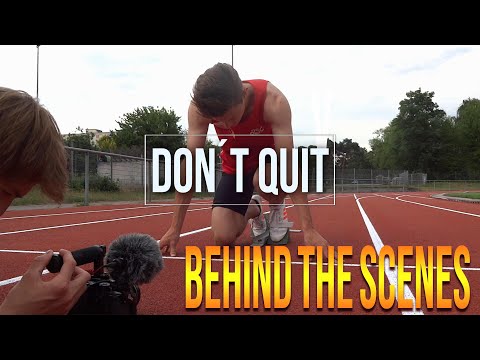