Three teenagers try to uphold their manliness as they eat some very spicy chips.

Macho Nachos was filmed using the Canon 7D Mark ii and the EF 50mm f/1.8 STM lens. The audio was recorded using RØDE's NTG2 on a Handy Recorder H4n. The video was edited in Adobe Premiere, and the warp stabilizer from Adobe After Effects was used to stabilize some shaky shots. The Behind the Scenes video was filmed on a Canon t5i, with audio from the RØDE VideoMic GO. 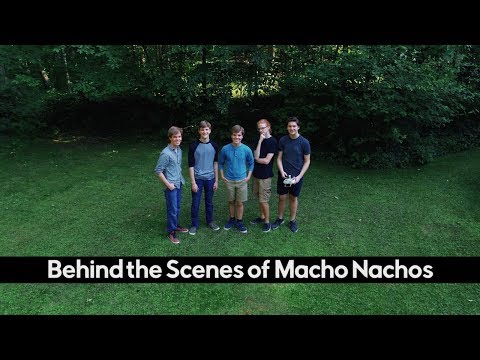