My Røde Reel 2017- Jumping On The Bandwagon [short version]

This is my video for the My Røde Reel 2017.
Is a shorter version of the music video I filmed for the artist Carlo Mazzoli, for his upcoming solo album "Avalanche Blues".

My Røde Reel 2017 - Behind The Scenes of "Jumping On The Bandwagon", a musical video for the artist Carlo Mazzoli.
How to make a sixty years old lovely car alive and kickin'.
We took some noises from the car's doors and engine to mix them up in the first and last part of the main video.
All sounds recorded with a R≠de Ntg-1 inside a Røde Blimp (with its Deadcat) right to a Zoom F4 field recorder.
Edited in FCPX with Color Finale Pro plugin and IWLTBAP LUT.
Camera: Sony a5100 with Kit Lens at 50fps, variable shutter speed, up to 1/1000. 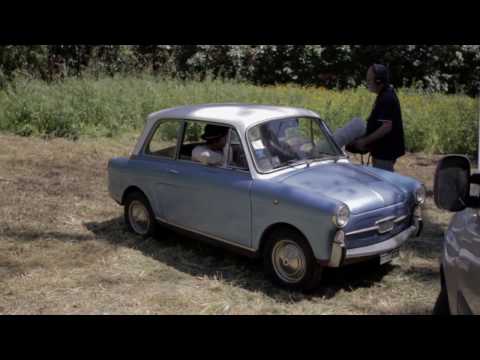