Past My RØDE Reel Winners: Where Are They Now - Garrett Sammons, Best Music Video 2016 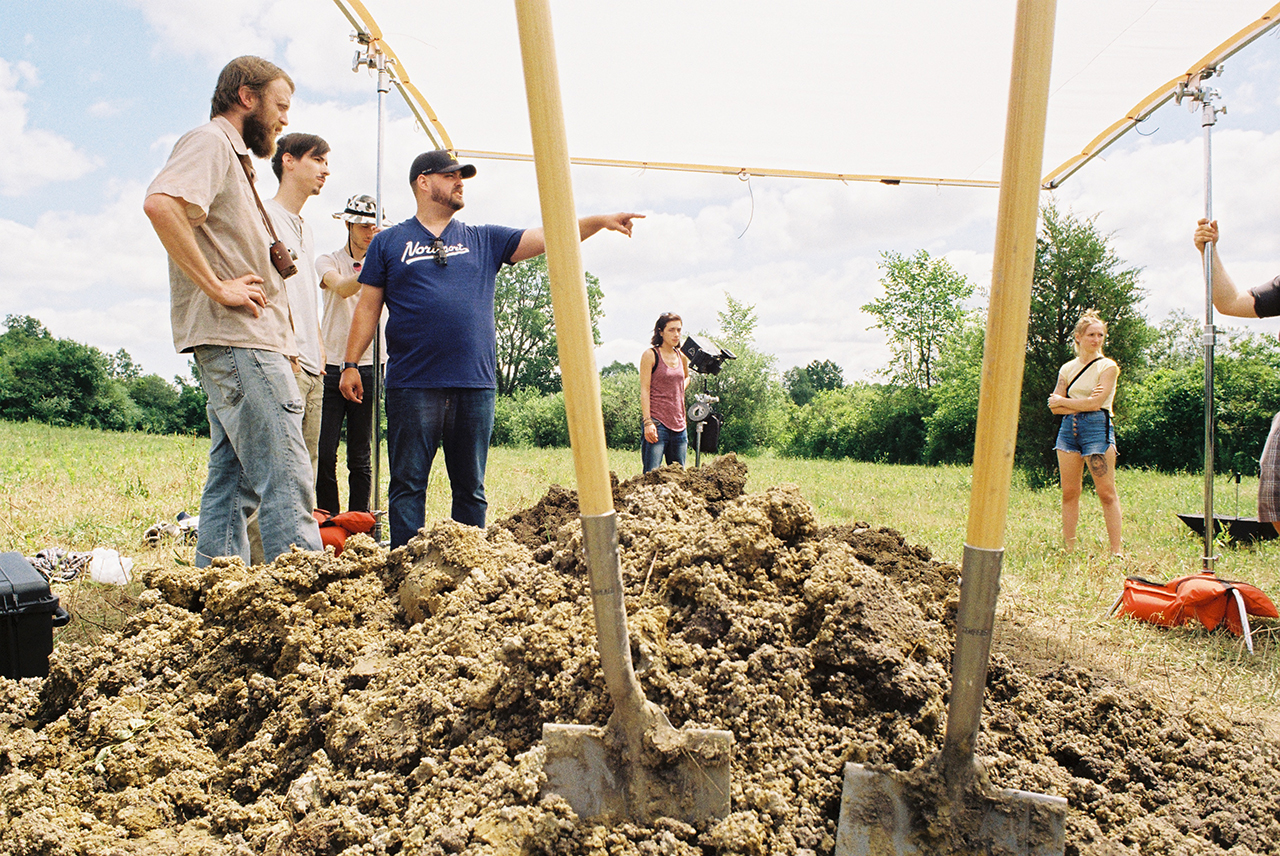 Garrett Sammons won Best Music Video in 2016 for Sound of Science, a macabre sci-fi short that used dynamic lighting and manic cuts to create a haunting atmosphere. Check out the film below and see what Garrett has been up to since taking out the prize.

Tell us a bit about your winning My RØDE Reel entry.

Sound of Science was set in a sci-fi universe where scientists “extract" sound from living subjects. Sound in this world is as physical as it is auditory. They use the collected samples to make sick beats, but in so doing, terminate the subjects. This dark, abstract idea really came to life when I toured an old automotive testing facility that was discontinued in the '80s. The retro tech laying around was AMAZING from a set design perspective, so it didn’t take much to dress the scenes. We filmed all six scenes in two days with a cast and crew made up entirely of volunteers.

The editing process was fascinating. We obviously needed the on-set sound to create the song, so we didn’t have a song until after the shoot was done. We used a metronome on set to time some of the actions but that was all. Once we had all the footage and audio together, editing and composing began happening simultaneously. I cut together each scene linearly, while our composer and editor worked on creating the overall tone of the music. Once we roughed the sequences together with the beginnings of the music, the editor then took over the edit, mapping a drum-pad to the shots/scenes. That gave him the freedom to spastically cut between shots and scenes that were in completely different timelines. After some serious back and forth between editing and composing, it finally came together into what you see.

What are some things you learned from entering?

Sound of Science, in many ways, was the launch of my YouTube channel, Making Movies. I now shoot BTS on every production I run, whether it be creative or commercial. This creates an archive for me but also allows me to share how I go about creating with others. We split the winnings amongst the key contributors based on what people needed in their kits. I’m still crafting new Making Movies episodes and loving it.

What are you doing now?

My full-time job is running Nice Shirt Media, a commercial video agency. We create advertising for companies of all sizes, specifically targeting their social media channels. I don’t get to do creative projects as much as I’d like, but getting to work in film for a living is something I wouldn’t change for the world.

One of the pieces I’m most proud of is from a commercial we did for a community college. They wanted a humorous, yet informative ad discussing what their arts and sciences division offered prospective students. When I learned that part of the focus was on art, all I wanted to do was dress my actor up like [celebrity TV art instructor] Bob Ross. Everything else fell into place after that.

I honestly don’t mean to pick films that exclusively feature Ben (Armes). He’s a dear friend and an amazing actor, and I just love casting him if the role is right. Shallow is a short film I made from start to finish in 48 hours. It’s a challenge I’d never attempted before. Honestly, I don’t know if it’s one I’d take on again. That said, I’m super proud of what we did. I wanted to tell a story that was supposed to mean something to the characters, but didn’t. Like a dark comedy version of Seinfeld or any Coen Brothers flick.

Not to shamelessly plug myself any harder than I already am, but I’m really proud of Making Movies. I took a few years off shortly after Sound of Science, and it took me some time to work up the courage to start it again. It’s taking on new shape, but I’m loving the direction it’s headed in. I find it really fulfilling to contribute to such an amazing community of filmmakers and creators online.

Lastly is a commercial shoot we did with DUO Security. They’re a cybersecurity firm that launched a digital publication aimed at changing the discussion around hacking culture. They brought us in to execute their creative vision, and the results were amazing! This was a fun ad to make, even if it was 20°F outside while we were filming.

To find out more about My RØDE Reel and to submit your short film, head to the website. Entries are open now and close August 28th, 2019. Get shooting!

Balanced vs Unbalanced Signals and the RØDE VXLR Pro